It doesn’t happen often that we have three similar projects finished at about the same time, but it just happened now and we thought we would share the quick news with you.

We are proud to announce the completion of three bridge lighting projects around the world. What they have in common is that they are all bridges, but otherwise, they are all different and use different products and technologies, so without the further ado, let’s start with the introductions. 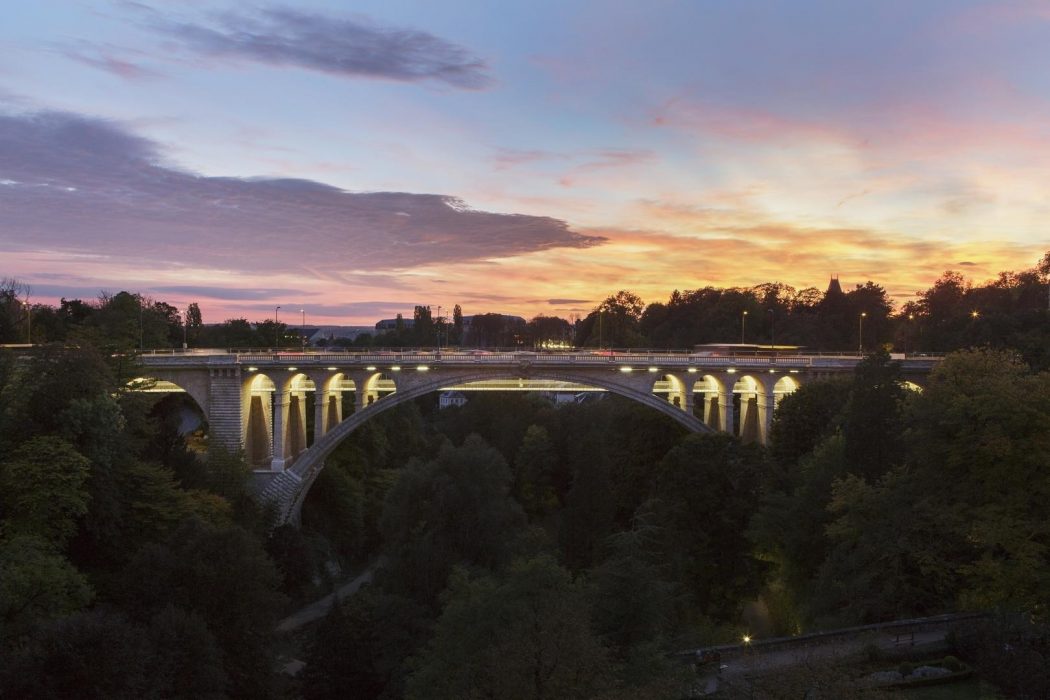 Adolphe Bridge is one of the major landmarks in Luxembourg and when visiting the city, you cannot miss it. It was built between 1900 and 1903 and the most recent renovation started in 2014. As a part of the renovation, GVA provided custom STR9 MONO linear fixtures that are illuminating the arches as well as the HL-DL linear direct view fixtures mounted at the ceiling of the undercarriage walkway for cyclists and pedestrians. Both products used our INFINITY® technology.

Burrard Bridge is one of the most famous bridges in Canada. This Art-deco style, steel truss bridge has been connecting downtown Vancouver with Kitsilano since 1932. The most recent renovation brought demand for color and as a result of that, GVA’s LIRA RGBW fixtures were installed into the street lanterns and FL color changing flood lights are used to wash the pylons. 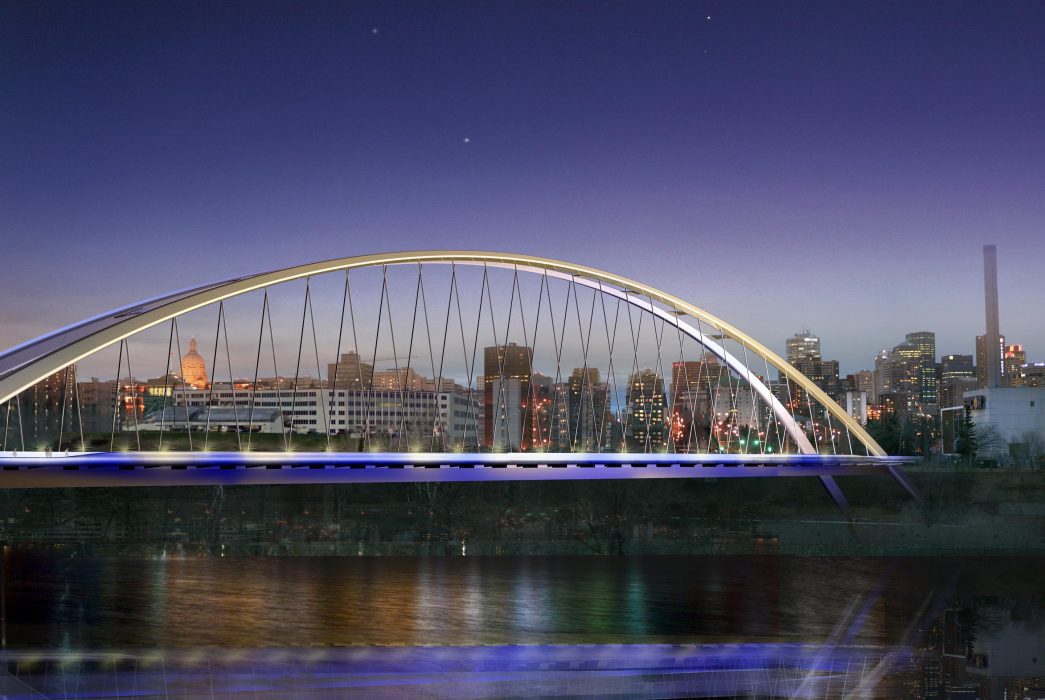 Unlike the previous two bridges, Walterdale bridge in Edmonton is a brand new construction, completely replacing the previous bridge currently located right next to it. This long-awaited project started in 2013 and it was open for traffic in September 2017. While the HL-DL delineation lighting, as well as the STR9 deck lighting both powered by INIFNITY®, have already been installed, the system integration is still in progress, so please excuse the use of rendering (above) instead of real photos for this project.

A post shared by Walterdale Bridge (@walterdalebridgeeveryday) on Aug 6, 2017 at 1:02pm PDT 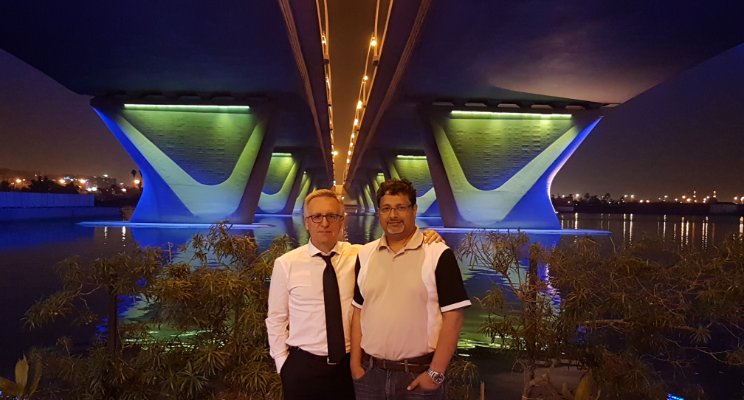 As a bonus, we are proud to share the following article written by GVA’s President, Mr Grigorik.

The article has been copied from the original post on LinkedIn https://www.linkedin.com/pulse/al-garhoud-bridge-illumination-ten-years-later-vladimir-grigorik/

Last Thursday, right after the Light Middle East trade show in Dubai, I visited the site of Al Garhoud Bridge.

This is technical information for our LED lighting colleagues.

It was also an exciting and rewarding moment for me, because there is a lot of history behind it.

We supplied 1,400 meters of our STR9 fixtures to illuminate the bridge in 2007, Ten Years Ago…

The sense of achievement was created by the fact that all (100%) of originally supplied STR9 fixtures are working in 2017. According to my observation, NONE of the luminaires have failed, not even a single LED…

Well, the white LED’s spectrum has significantly shifted to the greenish zone, but Blue remains stable…

Just a small number of attached power supplies (I believe 50 of 571) have been replaced. When you take into consideration that the standard warranty for power supplies was just two years, it’s not a bad result. But the fact that only power supplies failed, worked as proof that a remote power supply in an accessible area works way better for applications where the maintenance is difficult. It was one of the driving forces in the development of GVA’s INFINITY® Technology, a tool that allows for a 300-meter long continuous LED lighting circuit from a single remote power supply.

All this is confirmation that a 10 Year Warranty is not an empty promise, it is proven, it is real.

It also confirms that our proprietary STR9 sealing technique works well in one of the most difficult climates: hot, humid and salty. All of the sleepless nights calculating  every molecule of water which can travel into the fixture, thermal simulations, verifying the material properties and a strict production control has paid off.

I’m planning to publish the case study of this project shortly.

Proudly, I was able to share the accomplishment with our long-time partner for the Middle East – Sajeeb Koya, President of 3S Lighting. Thanks for your great support and encouragement, Sajeeb!

This website uses cookies to improve your experience while you navigate through the website. Out of these cookies, the cookies that are categorized as necessary are stored on your browser as they are essential for the working of basic functionalities of the website. We also use third-party cookies that help us analyze and understand how you use this website. These cookies will be stored in your browser only with your consent. You also have the option to opt-out of these cookies. But opting out of some of these cookies may have an effect on your browsing experience.
Necessary Always Enabled
Necessary cookies are absolutely essential for the website to function properly. This category only includes cookies that ensures basic functionalities and security features of the website. These cookies do not store any personal information.
Non-necessary
Any cookies that may not be particularly necessary for the website to function and is used specifically to collect user personal data via analytics, ads, other embedded contents are termed as non-necessary cookies. It is mandatory to procure user consent prior to running these cookies on your website.
SAVE & ACCEPT