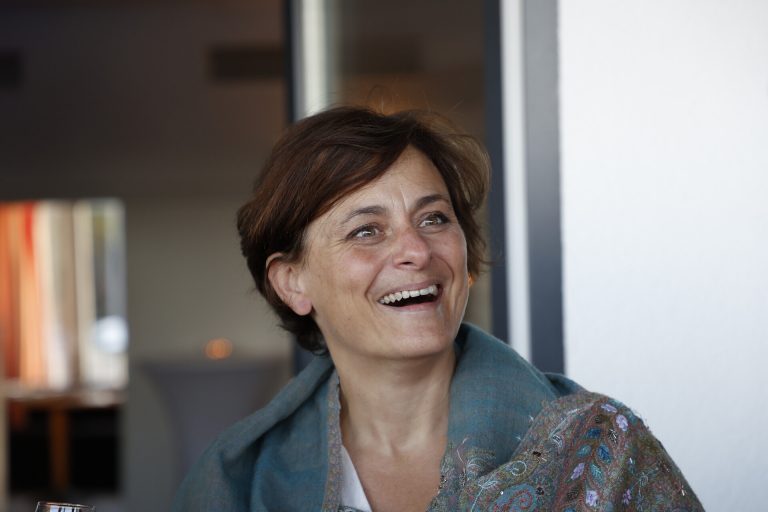 GVA Lighting sat down with renowned architectural lighting designer Maria Luisa Guerrieri Gonzaga, to discuss her acclaimed career while referencing one of ArchitecturaLLighting conception lumière’s recent and most prestigious projects, the Pont Adolphe bridge in Luxembourg.

Tell us about yourself, your background, and your practice?

After graduating from Politecnico di Milano in 1997, and following one year of work experience in London, I joined Metis Lighting and during my five-year career with the company I became involved in various lighting projects from small to urban level, including the study of custom-made prototypes and light fixtures. During this period, I focused mostly on retail lighting projects for international flagship stores for well-known fashion brands.

In 2005, I arrived in Luxembourg and started my own practice working in cooperation with NJOY, where I managed the light department. It was 2013 when I established my own independent lighting design studio, ArchitecturaLLighting conception lumière, working with a variety of clients in the private and public sector, including UNESCO world heritage sites, to present architectural lighting as a dynamic and emotional vehicle.

How did you become involved in the Pont Adolphe bridge project?

I had worked on another UNESCO project, The Family of Man permanent museum exhibition in Clervaux – Luxembourg, and my name was mentioned to the client for the Pont Adolphe bridge project.

As I am a smaller studio and not a large company, I am thrilled to be part of such a big and visible public project. If you are in Luxembourg, it is almost impossible not to cross over this bridge and it features on postcards and souvenirs as an iconic landmark, so this was an incredibly exciting and important project for me.

I am very involved in projects, and provided a complete solution for the bridge, from conception to installation of the lighting, to follow-up upon completion. My ability to be onsite was very important to the client and was also a huge benefit for me to see the effect of the lighting.

Tell us about the brief for the Pont Adolphe bridge project and how you fulfilled this?

I received the initial brief for this project in 2012, accommodating changes to the brief in 2015 when the Passerelle project arose in addition to the original Pont Adolphe project. A steel structure containing a pedestrian and cycle path has been designed beneath the bridge, to improve connections between the historic part of the city and the urban expansion, and encourage cycling in the area.

The bridge was built in 1903 and is one of Luxembourg’s most important structures, based in the zone around a UNESCO world heritage site, and the aim of the brief was to keep the visual impact of the pathway at a minimum. This was achieved by widening the bridge by 1.5 meters and keeping the visible structure elements as narrow as possible.

The aim of the lighting design was to subtly illuminate the bridge, creating a discrete landmark at night with a distinguishable silhouette at a distance, also illuminating its connections to the two sides of the valley which it overlooks.

An important factor we considered was the light level and color temperature, to account for light pollution and energy usage for local residents. A constant color temperature in 3000K was selected to fit the requested brief.

Why did you choose GVA solutions to fulfill your dynamic design?

GVA were an incredibly flexible company to work with and provided pioneering products to fit the brief. They were eager and helpful from the very start, ready to do mockups and give samples to adapt to the size of the project, carrying out tests on a 3D model, and they were able to adapt the optic to meet requirements.

I was very pleased with their professionalism and friendly nature, having a great relationship with my contact there, and it makes a huge difference to work with a brand who is available, flexible, and willing to do everything to ensure the products are the perfect solution.

We were looking for a linear projector, which is one of GVA’s main products, and the arches and tunnel were all lit with this product. 90% of the products are GVA, and I rarely work with just one brand on a project, but it seemed natural to do so here as they were so amazing to work with.

How would you summarise your work on this project in three words?

I would say that the journey of this project has been interesting, pleasurable, and it felt almost never-ending!

Are you working on any other similar projects you can share?

I work on a complete range of projects, and don’t usually do anything similar twice! I recently finished an interesting project lighting a cave, which also included a few of GVA Lighting’s products, which was a fascinating challenge as the interior was almost completely dark due to the black characteristics of the rocks.

I will soon be working on a project where I am taking on the role of coordinating the space and other lighting designers on a larger scale, whereas I usually focus on the integration of smaller details.

Each project is a new challenge and I gain a new perception from it. It is much easier to control interior lighting, whereas there are many factors outside of my control when lighting exterior architectural spaces. I have learned to become more open and flexible, as I can’t control everything.

This website uses cookies to improve your experience while you navigate through the website. Out of these cookies, the cookies that are categorized as necessary are stored on your browser as they are essential for the working of basic functionalities of the website. We also use third-party cookies that help us analyze and understand how you use this website. These cookies will be stored in your browser only with your consent. You also have the option to opt-out of these cookies. But opting out of some of these cookies may have an effect on your browsing experience.
Necessary Always Enabled
Necessary cookies are absolutely essential for the website to function properly. This category only includes cookies that ensures basic functionalities and security features of the website. These cookies do not store any personal information.
Non-necessary
Any cookies that may not be particularly necessary for the website to function and is used specifically to collect user personal data via analytics, ads, other embedded contents are termed as non-necessary cookies. It is mandatory to procure user consent prior to running these cookies on your website.
SAVE & ACCEPT